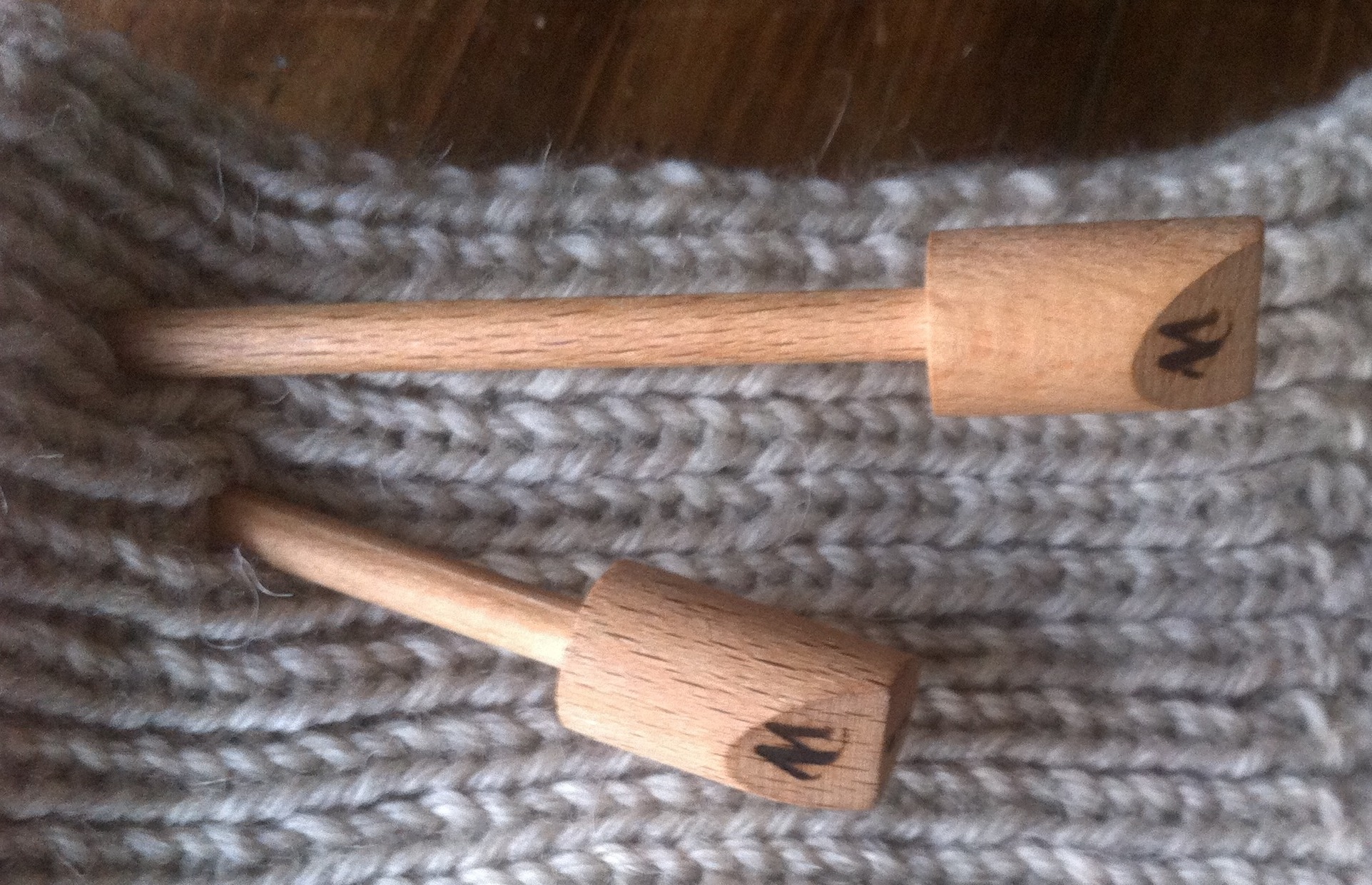 The other day I listened to Woolfulls podcast about the process of the wool and sustainability.

It got me thinking of Jens Wanell and his sustainable knitting needles.

The first time I heard about organic knitting needles, I was skeptical. How could anyone know if the wood is organic?!

Jens Wanell knows. He has produced wooden knitting needles since 1977 and his needles can be described as 100% Organic, since they are made from reforested Danish tree. They are produced without the use of binders or lacquer, with short transport between factory and store, and energy used in the fabrication comes from wind energy. The needles is polished and coated with a thin layer of wax and becomes better and better in use. They absorbs moisture from the fingers and the yarn so that the yarn slide more easily, giving less tension in the arms and shoulders. That one of the reasons I love wooden knitting needles!

I got to know Jens and his needles when I was working in a Waldorf school – the needles is perfect for kids! Later on Jens gave my a lot of needles for at charity knitting project, which I will tell you about an other time.

The best wishes for a wonderful 2015. 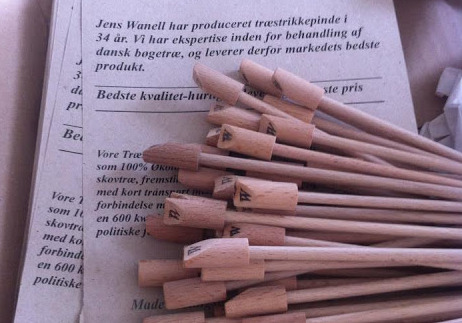